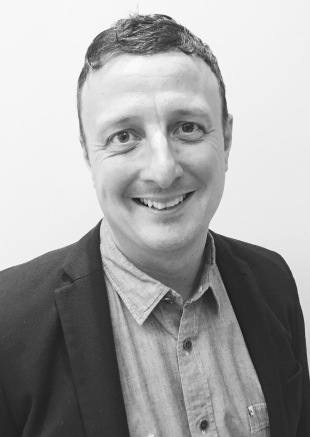 Kris gets bored easily. It is for that reason he has had lots of different jobs. In fact, he has had so many different jobs, he can’t remember them all, or, for that matter, whether he actually worked in all of these jobs, or just made some of them up.

These are the ones Kris thinks he did: A car washer, a burger cooker, a builder, a photographer, a box packer, a walnut trainer, an architect, a sea lion tamer, a document feeder (worst.job.ever …zzzzzzzz!), a dad (best.job.ever.), an ant farmer, a flux capacitor operator, a stamp licker, an astro-naught, an astro-turf, a nursery nurse, a teacher (otherwise known as a dream weaver), a light-sabre technician, a chimney sweep (see above), a professional penguin rider and a Goonie.

He has decided to try a new job. He wants to be a story maker-upper and a picture drawer. This is his first book. He hopes there will be more, but he can’t be sure as he has also got his eye on a job he saw advertised as a professional liar.

Who is the first book for?

A younger me! I had a great childhood, but I wasn’t a child of books…

I often hear the term ‘reluctant reader’. I think I may have even used it myself a few times in my teaching career. And when I’ve told people about 8 year old me, I’ve probably on many occasion used the term ‘reluctant reader’ to describe the way I was. But when I really think about it, I wasn’t reluctant. I wasn’t unwilling to read as that term would suggest. I wasn’t hesitant to read either. I had nothing against books. From a distance they looked quite good. But …I just had other stuff to do. There were friends to get messy with, hills to roll down, rivers to throw rocks into, bogeys to be picked out of my nose (and if I’m honest, chewed upon), lemonade bottles to hide, fences that kept you out of private property to climb, private property to explore, dens to build, stepping stones to balance across, doors to be knocked on, door answerers to be run away from, and when all the outdoor stuff was done, He-Man to watch on TV (yes the dreaded TV that only Mr Wormwood would endorse over a book). There were simply too many distractions. I wasn’t a reluctant reader, I was simply distracted from reading!

My sister, Lucy, was a child of books. At a much younger age than me she would be reading huge chapter books by C.S. Lewis, J.R.R. Tolkien, or, her absolute favourite, Terry Pratchett. I would catch a glimpse of her whilst I was running about the house shooting imaginary bad guys with my imaginary gun, and think ‘How on earth have you got time to read a thing that size when there are so many imaginary bad guys to shoot with imaginary guns, and besides that, the A-Team is about to start!’

So that was it for me, I just didn’t have time to read a book. But then I made an amazing discovery … Comics! The Beezer, The Dandy, Whizzer and Chips, Topper, Roy of the Rovers, and my ultimate favourite…The Beano. Comics! They were like mini books, with loads of pictures to investigate. Even the words at times acted like a picture; being stretched, shrunken, twisted or blown up! I could read a ‘chapter’ in about 2 minutes, put it down to get on with all the other stuff that an 8 year old needed to do! I could even read a chapter whilst on the loo! Which was great because it made the most of my precious time when having to take time out from doing all the things that 8 year old me needed to get done! So, I did read as a child. Lots. Just not books.

With that in mind I decided that my first book would be a chapter book, but its chapters would be very short, 2 minutes kind of short. A trip to the loo kind of short. There would be lots of illustrations throughout the book to ‘investigate’. And the text would be playful, getting stretched, shrunken, twisted and blown up!

The book, Pete and the Petrifying Plughole, is aimed at 5 to 8 year olds, but I’ve read it to children both younger and older, and they have all loved it. And hopefully, those children who are ‘distracted’ by their own wonderful imagination, going out exploring the world will find time to squeeze in a chapter or two, even if it is just while they are on the toilet!